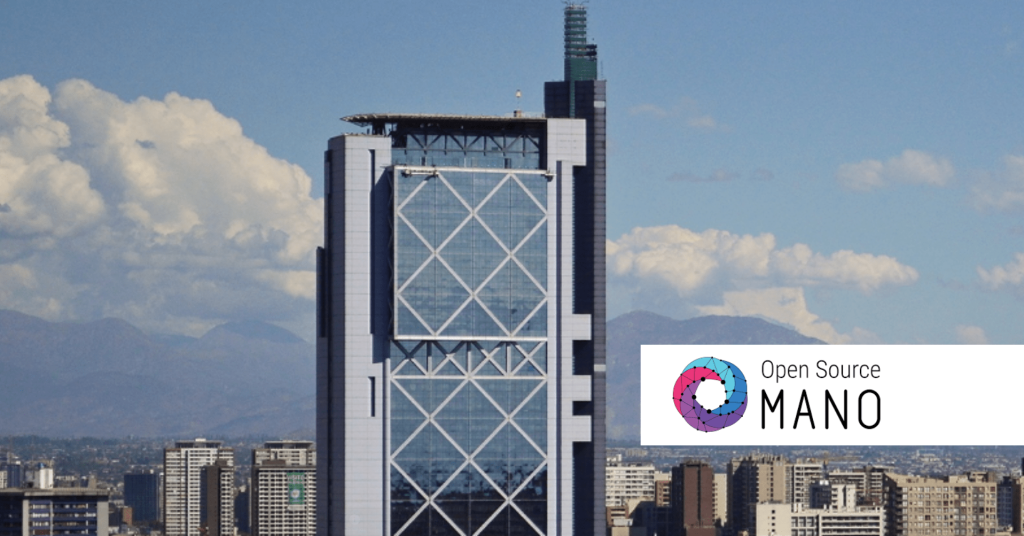 Open Source MANO (OSM) is the largest Open Source project hosted by ETSI, whose main goal is to develop a Management and Orchestration stack, allowing to simplify the instantiation, configuration and operation of Virtualized Network Functions, by using ETSI NFV standards, so that VNFs from different vendors can be deployed in any Telco Cloud, reducing cross-dependency between components, and helping to expand the NFV ecosystem.

We are proud of leveraging our NFV standardization activity with this practical implementation of ETSI’s Open Source MANO (OSM). Bringing the OSM project close to our NFV standardization activity has helped ensuring strong alignment between the two. ETSI’s OSM has been the result of 4 years of fruitful collaboration of over 140 industry players, making sure it was relevant to market needs

For this deployment Telefónica Movistar Chile chose WhiteNFV, the commercial distribution of OSM from Whitestack (a company that has been very active on the NFV scene since 2017), that leverages the latest cloud technologies, such as Kubernetes, Helm Charts and Juju Charms, simplifying the onboarding of VNFs.

Movistar Chile has been working on the Cloudification of the network services for the last 5 years, so adopting a MANO stack seems to be the natural step after having virtualized a significant part of our services

The whole project integration was done by Minsait, an Indra company, that is a leading firm in Digital Transformation Consultancy and Information Technologies in Spain and Latin America. The challenge required Minsait to make OSM integrate with two different Telco Clouds, enabling Telefónica Movistar to run distributed Network Services that might span several data centers

It is all about methodology. Minsait is successful in today’s complex Telco environments due to the fact we understand how to standardize processes, in a way that enables us to exploit the benefits of cutting-edge technologies while minimizing the risks

With this implementation, Telefónica Movistar Chile is the first operator in Latin America to adopt the ETSI standards for VNF orchestration, although many other operators are actively testing the platform and preparing its launch in other parts of the world.

About Telefonica Movistar
Telefónica in Chile is part of the Telefónica Group, one of the leading telecommunications operators worldwide in the provision of communication, information and entertainment solutions. With operations in 14 countries and more than 344 million accesses in the world, Telefónica has a strong presence in Spain, Europe and Latin America, where it concentrates most of its growth strategy.

In Chile, Telefónica commercializes its products through its commercial brand Movistar Chile, providing mobile and fixed services, broadband and digital television, with a presence in all the country. Movistar is today the largest customer community in Chile, with more than 10 million customers and over 14 million accesses.

About Minsait
Minsait, an Indra company ( www.minsait.com ), is a leading firm in Digital Transformation Consultancy and Information Technologies in Spain and Latin America. Minsait possesses a high degree of specialization and knowledge of the sector, which it backs up with its high capability to integrate the core world with the digital world, its leadership in innovation and digital transformation, and its flexibility. Thus, it focuses its offering on high-impact value propositions, based on end-to-end solutions, with a remarkable degree of segmentation, which enables it to achieve tangible impacts for its customers in each industry with a transformational focus. Its capabilities and leadership are demonstrated in its product range, under the brand Onesait, and its across-the-board range of services.

About ETSI
ETSI provides members with an open and inclusive environment to support the development, ratification and testing of globally applicable standards for ICT systems and services across all sectors of industry and society. We are a not-for-profit body with more than 900 member organizations worldwide, drawn from 65 countries and five continents. Members comprise a diversified pool of large and small private companies, research entities, academia, government and public organizations. ETSI is officially recognized by the EU as a European Standards Organization (ESO).

For more information please visit us at https://www.etsi.org.

About Whitestack
Whitestack is a leading company at implementing open components in productive networks. They provide complete Infrastructure Stacks for Telcos and Large companies, starting with commercial-of-the-shelf (COTS) servers and whitebox switches, cloud solutions with their Openstack based WhiteCloud platform, and Kubernetes based WhiteMist, and telco-oriented NFV orchestration with their OSM based WhiteNFV platform. For networks that are still in transition to SDN, WhiteAutomator provides an abstraction layer that brings programmability to existing networks. As part of their work within TIP, Whitestack is leading the development of disaggregated networking in some regions, creating the highest capacities with more efficient technologies.