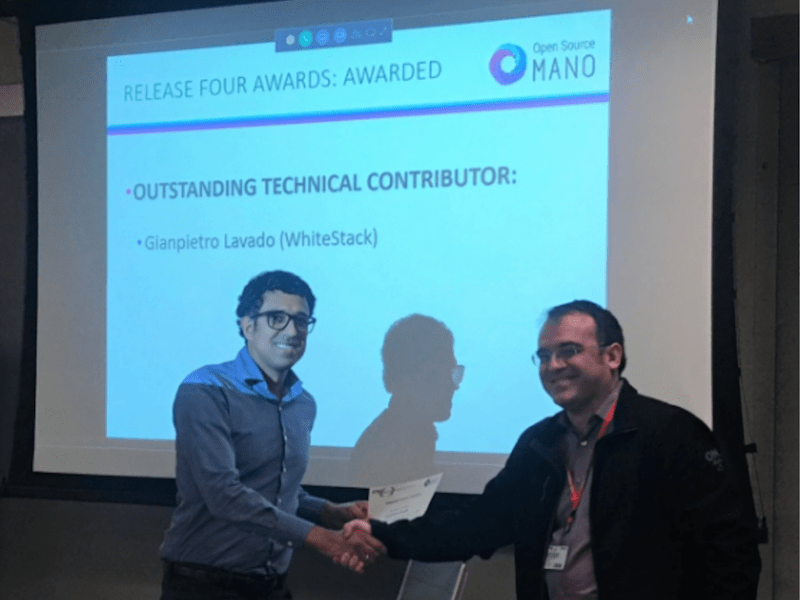 During the last ETSI OSM plenary, our Gianpietro Lavado was awarded “Outstanding Technical Contributor” for his contributions during OSM Release FOUR.

The Open Source Mano project is an initiative aimed to create an Open Source implementaton of the MANO (Management ANd Orchestration) stack, as defined by the ETSI NFV ISG.

During this Release, Whitestack, and particularly Ginapietro Lavado, has played a significant role at introducing two very iportant modules:

Both modules are fundamental for achieving VNF auto-scaling (creating new VNF instances automatically, in reaction to traffic or performance condititions).

Thanks ETSI for the honor of receiving this important award in representation of a number of Whitestack engineers who worked very hard to contribute with good design and great source code. This award is great recognition to their entusiasm and effort to advance towards NFV standardization

The OSM project is a functional implementation of the ETSI NFV standards, aimed to be in production during 2019, with the mission to ensure interoperation between generic Telco Cloud solutions and vendor-specific VNFs (Virtual Network Functions). If adopted, it will create a new eco-system for developing multivendor networks, by using the best applications from different vendors.

In its Release FOUR, several new features where added

Whitestack is extremelly proud of this award, not only because it validates our alignment with open source iniciatives or incorporates our software in the project, but also because it confirms OSM is a trully open project, where all organization are welcomed to contribute. 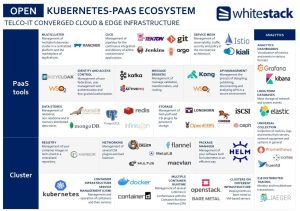