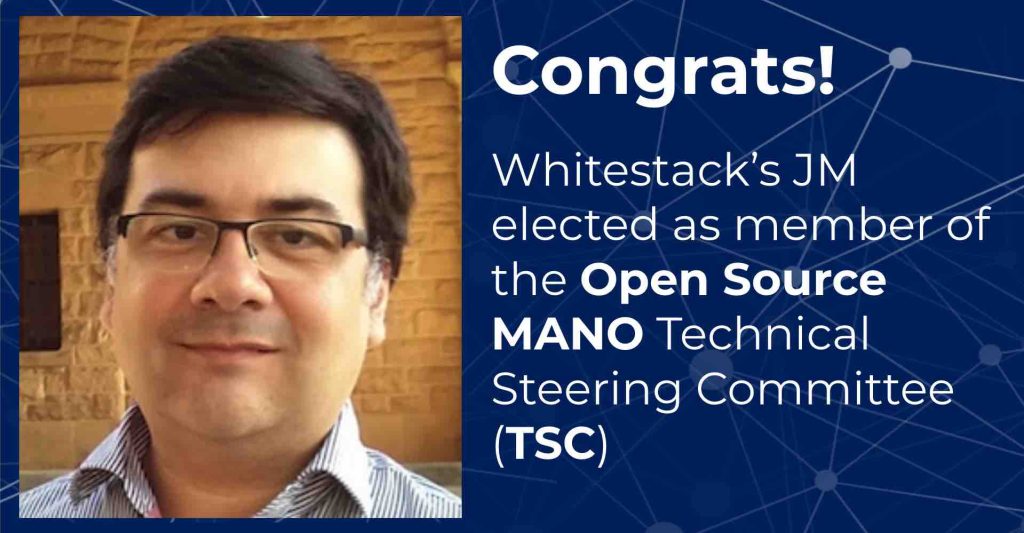 Sophia Antipolis (France), July 10th 2019: During the first round of the election of new members of the Open Source MANO’s Technical Steering Committee (TSC), José Miguel Guzmán (a.k.a. JM), Whitestack’s Senior Solutions Architect, was elected with the highest number of votes to become a member of the committee in charge of deciding the technical strategy of the Open Source MANO Project, and coordinate the project’s technical activities.

Until release SIX, the TSC consisted of Vanessa Little (VMWare), Matt Harper (RIFT.io), Gerardo García de Blas (Telefónica), Mark Shuttleworth (Canonical) and Jatinder Pancar (Intel). According to the OSM rules, release SEVEN triggered a renewal procedure that after today’s vote put Whitestack firmly at the table with the most prestigious companies in the Network Virtualization universe.

Since Whitestack joined the project in 2017, OSM has gained a lot of traction, thanks to several new features added during the last three releases. The current feature set is the result of contributions from Whitestack and other leading organizations, which all believe that the telecom industry needs to leverage the benefits of Cloud computing and SDN.

With respect to release SIX, Whitestack has achieved a number of significant milestones:

Whitestack humbly receives all these achievements, and observes with satisfaction that our clear vision and resolute execution regarding Cloud, SDN and NFV are being noticed by the Industry.